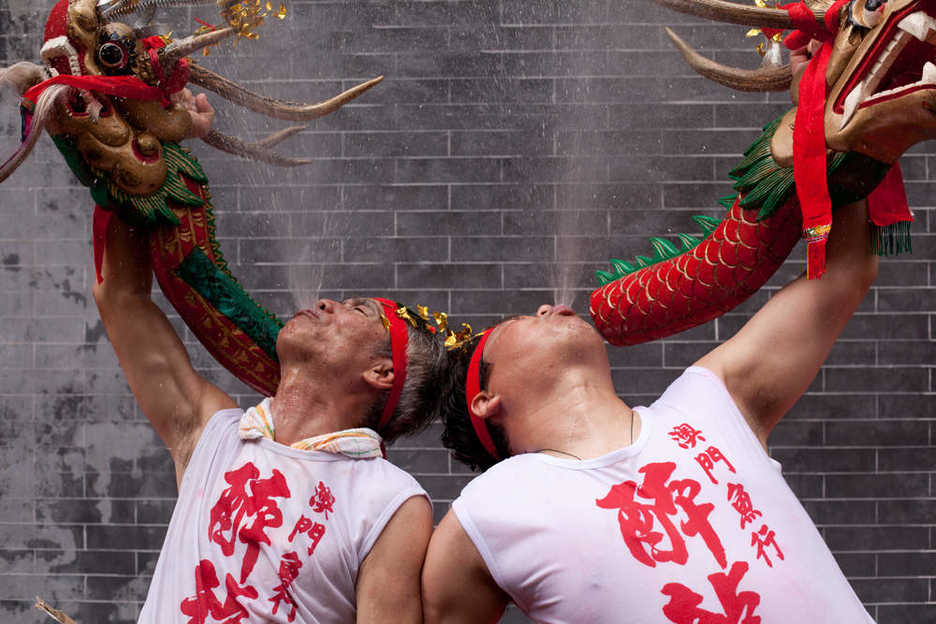 The Feast of the Drunken Dragon is one of Macau’s more unusual cultural occasions. It’s an annual event where a group of locals parade around the city madly spewing alcohol while dancing about with wooden dragon statues. Clearly, Macau knows how to throw a party… 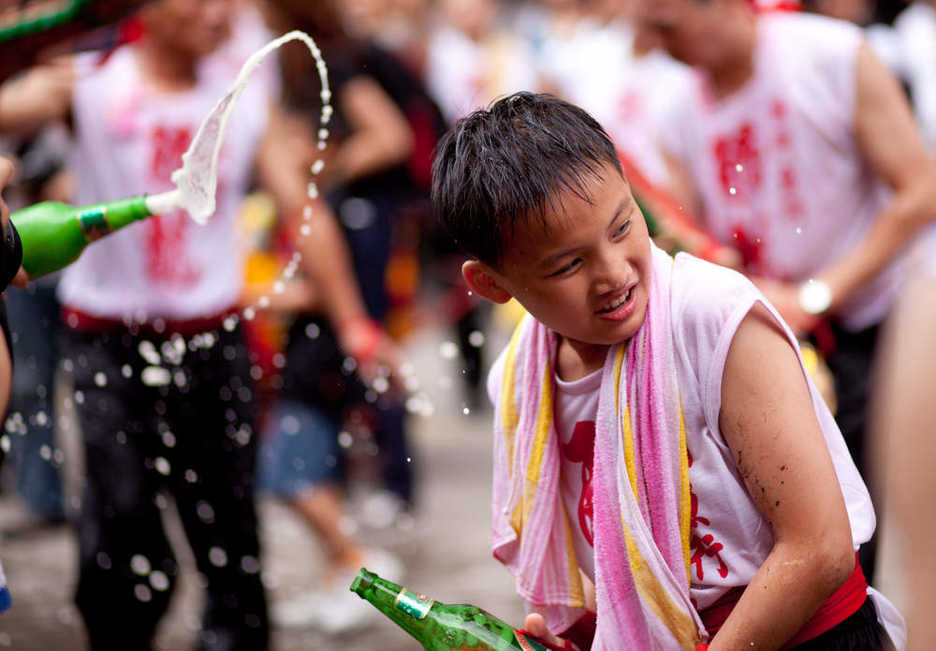 The festival is rooted in local Buddhist mythology from the Qing Dynasty. As the story goes, a Budhist monk and a magical serpent helped save a local village from a great plague. 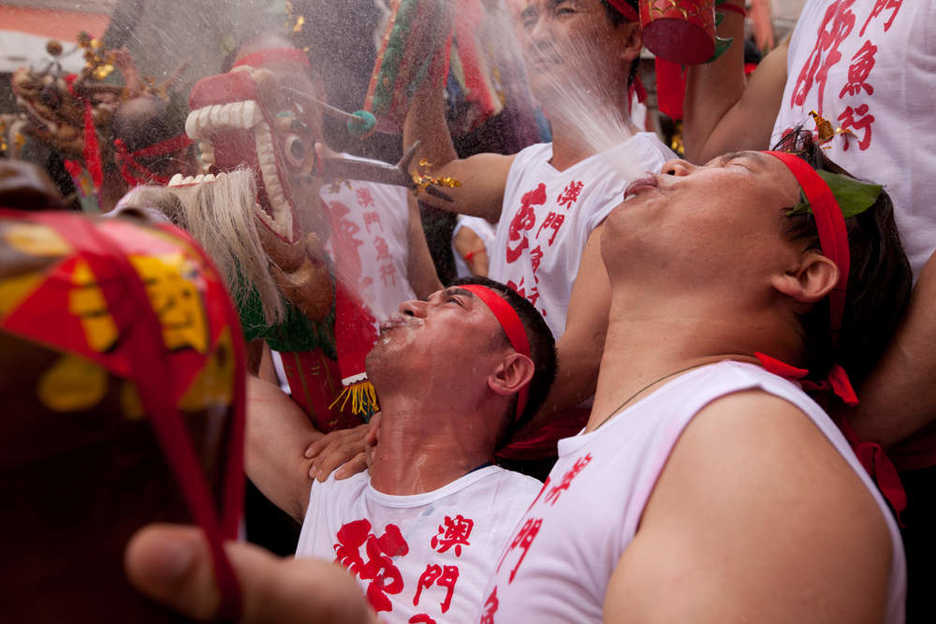 It’s good excuse to galavant about imbibing spirits for a day, it would seem. 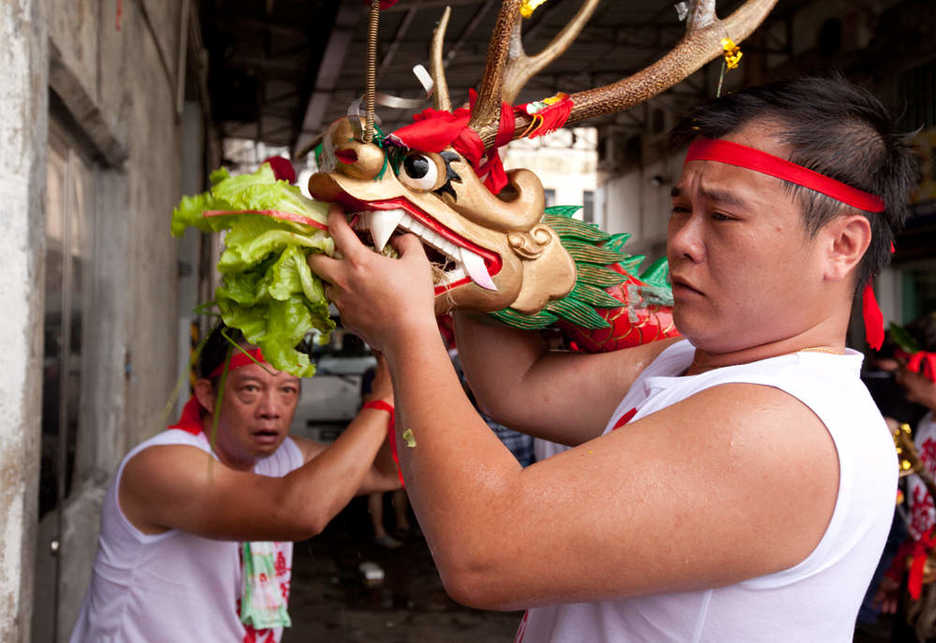 The mythical dragon is treated to various offerings throughout the day. 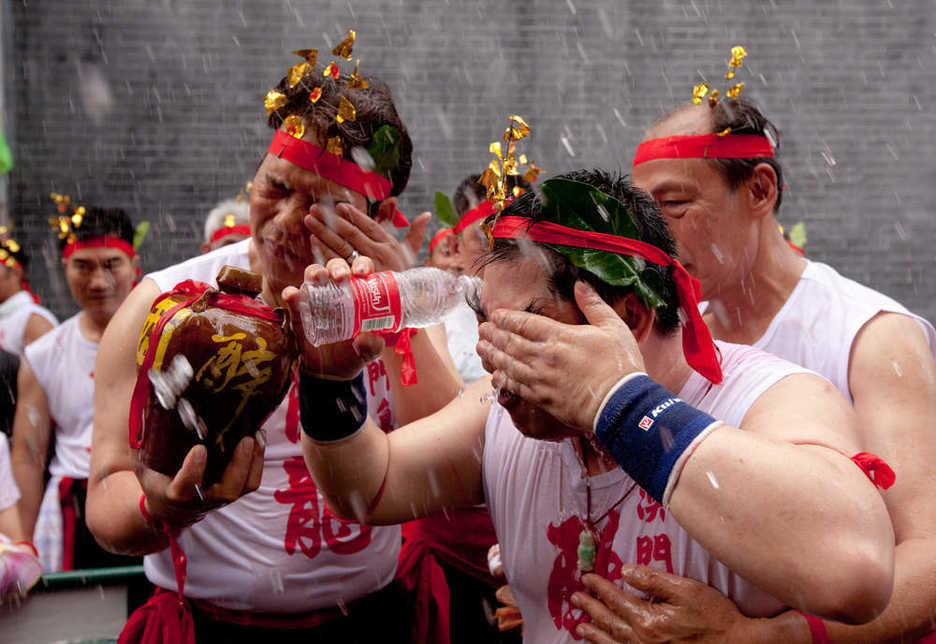 Tsingtao beer seems to be the preferred liquid for the celebration but some harder stuff is also thrown into the mix. Chinese rice alcohol has a bit of a bite when it gets in your eyes. 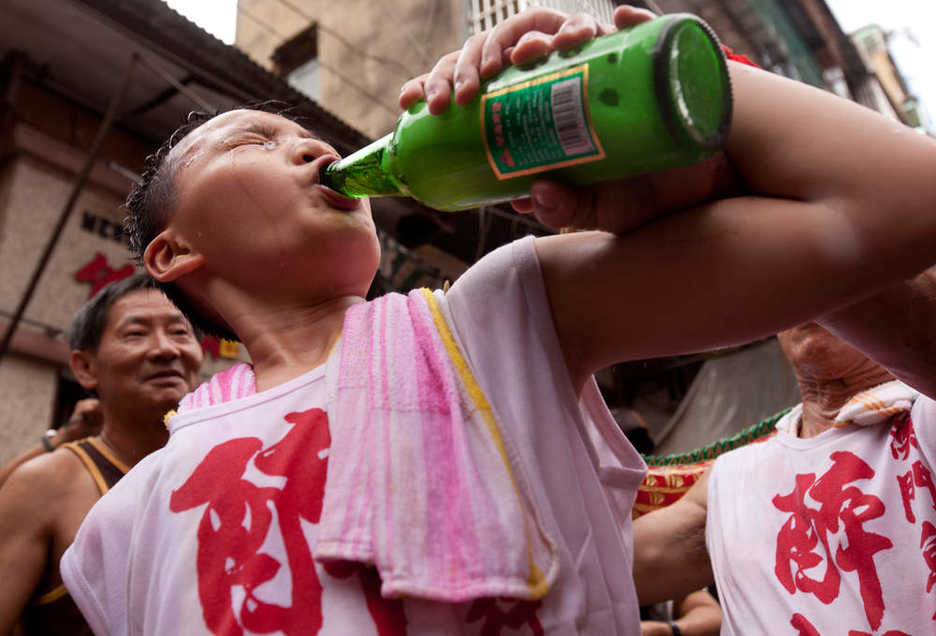 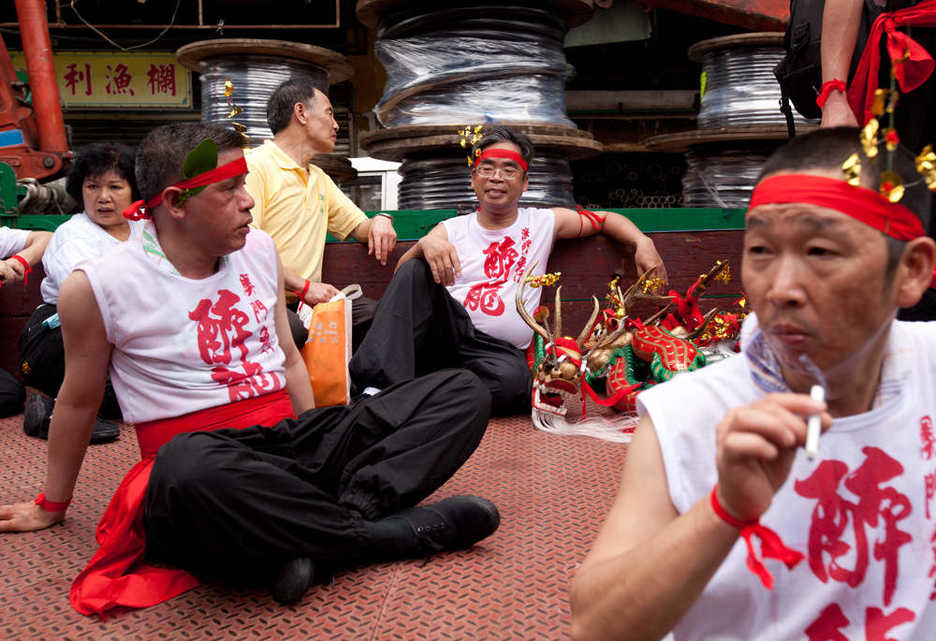 It may seem a bit lazy that the festival progresses between a few of it’s stops via truck caravan, but even with that luxury, it’s a long day. 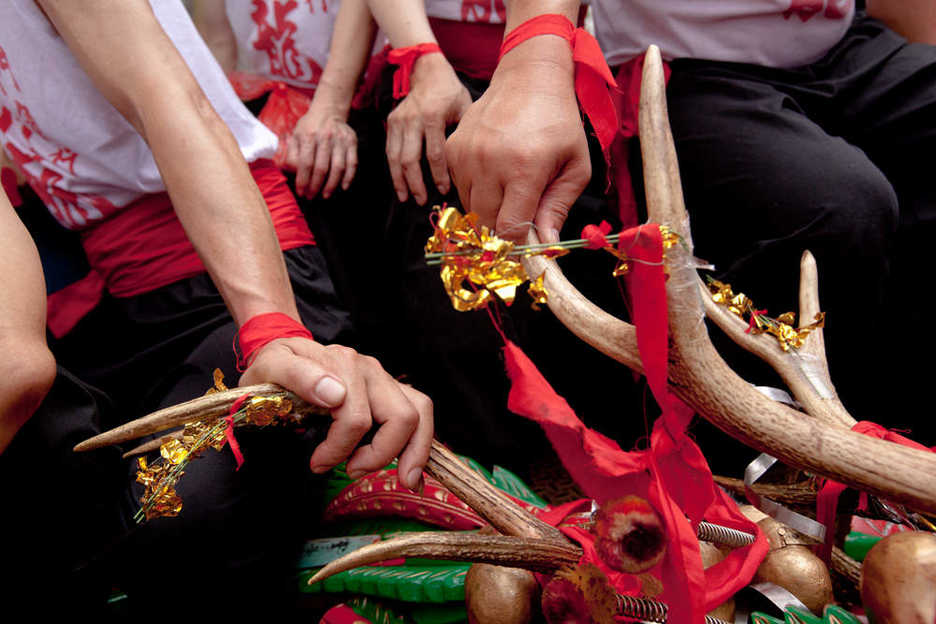 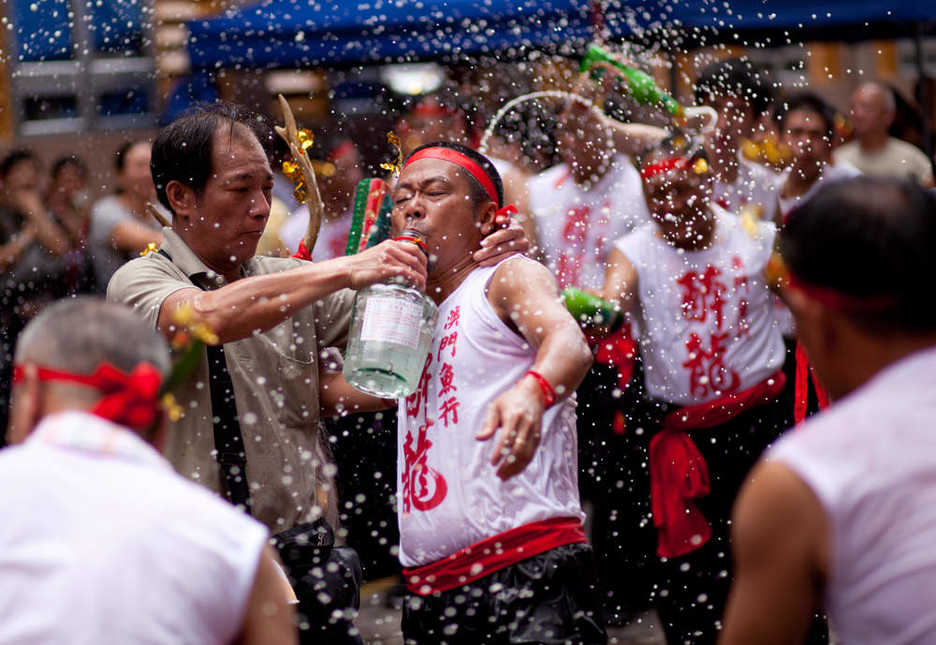 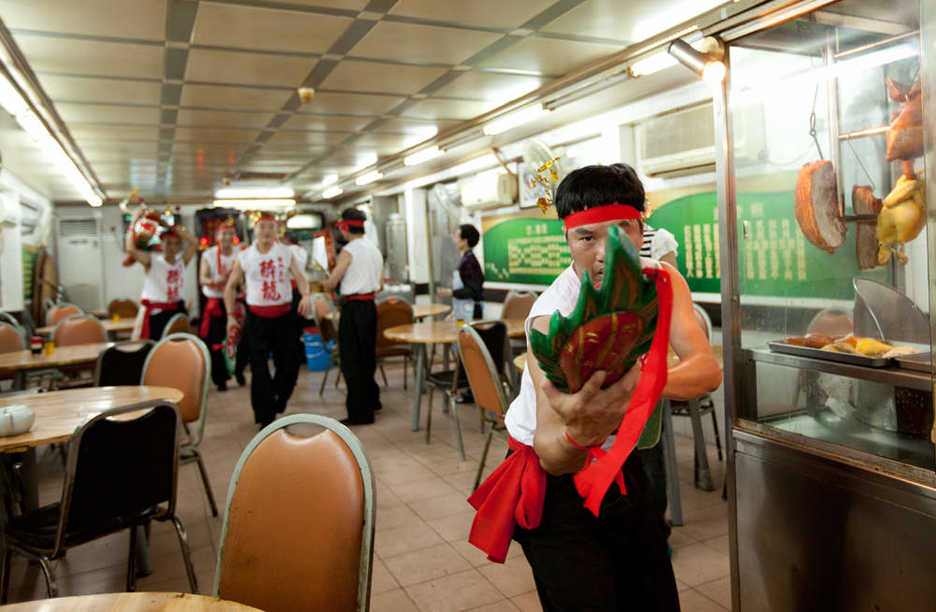 Festival dancers make the the rounds to a number of restaurants, markets and other business after starting at Kuan Tai Temple near Senado Square. 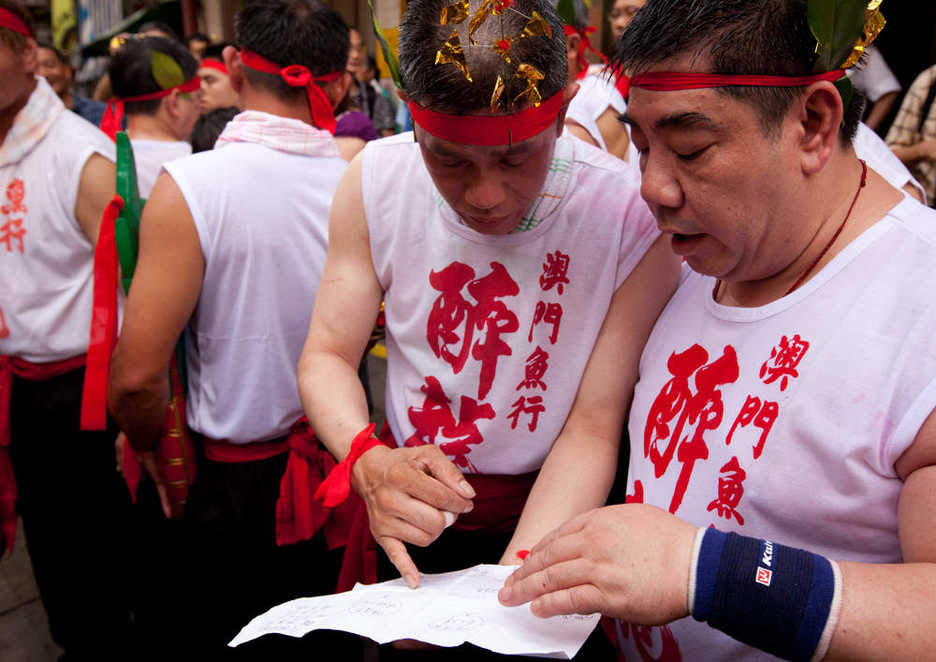 Two festival leaders study the route. The revelers split off into groups at points, making their way to different shops and markets. I’m surprised anyone is able to remember the directions after ingesting mass quantities of beer. 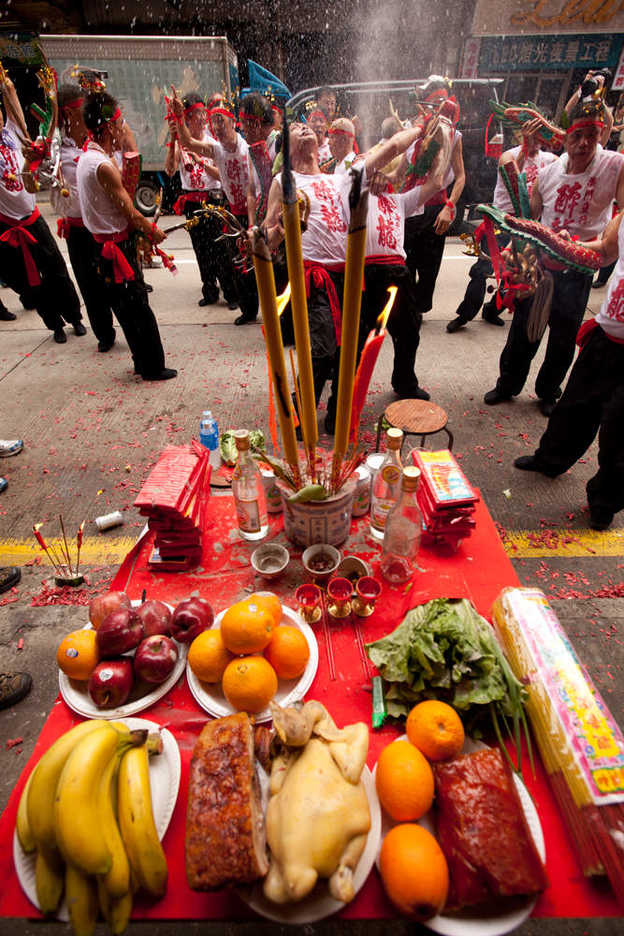 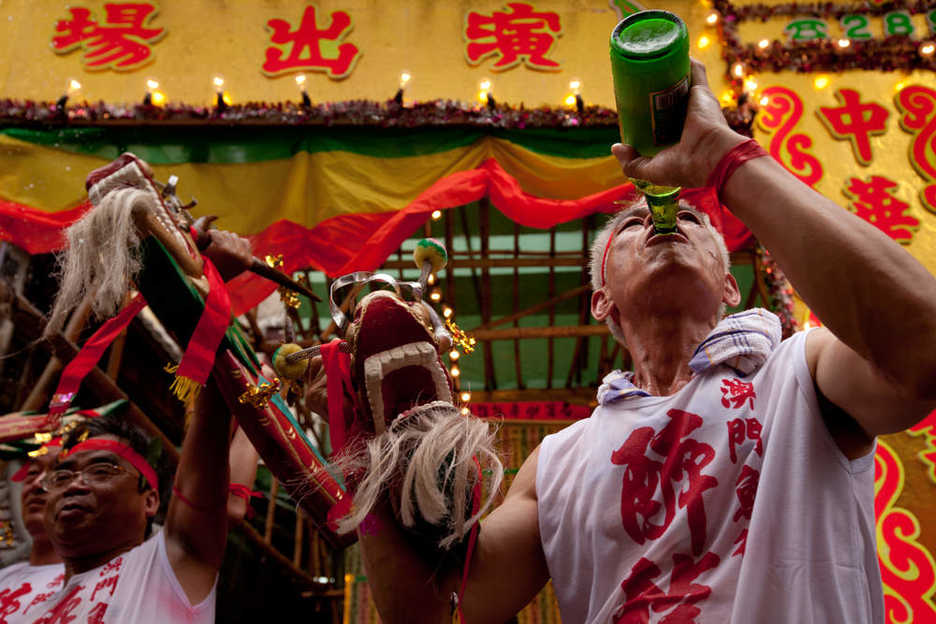 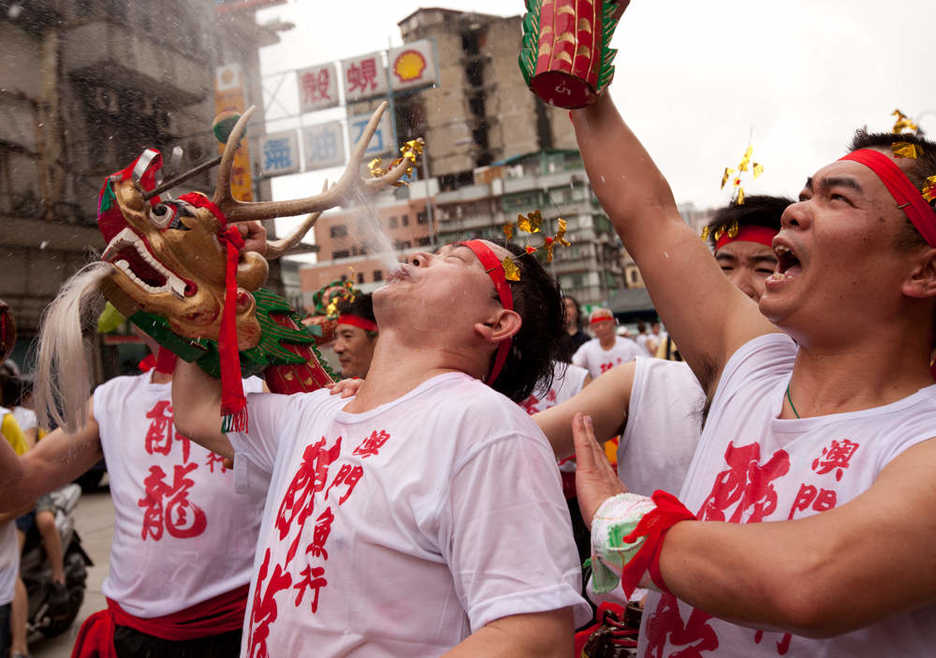 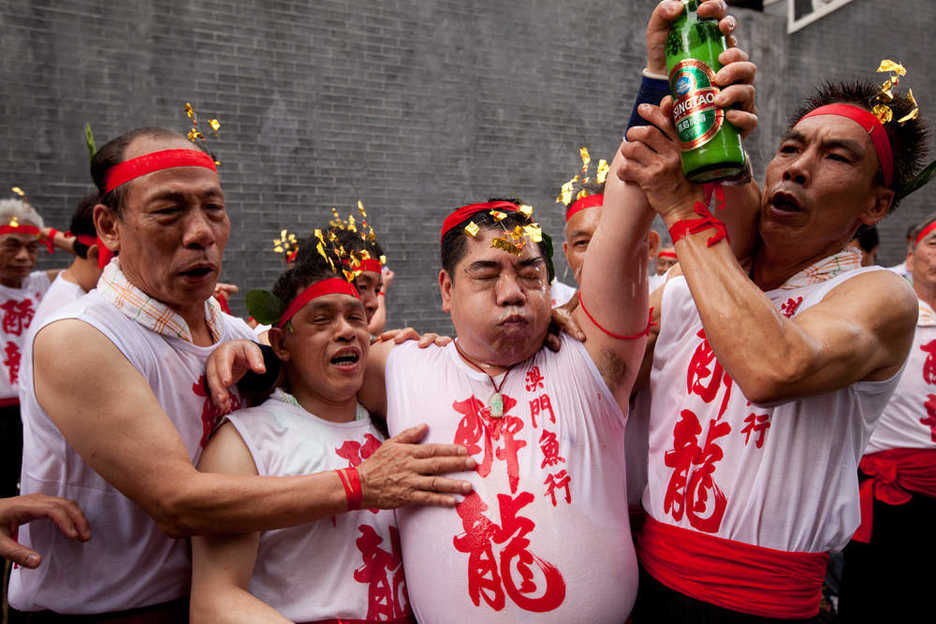 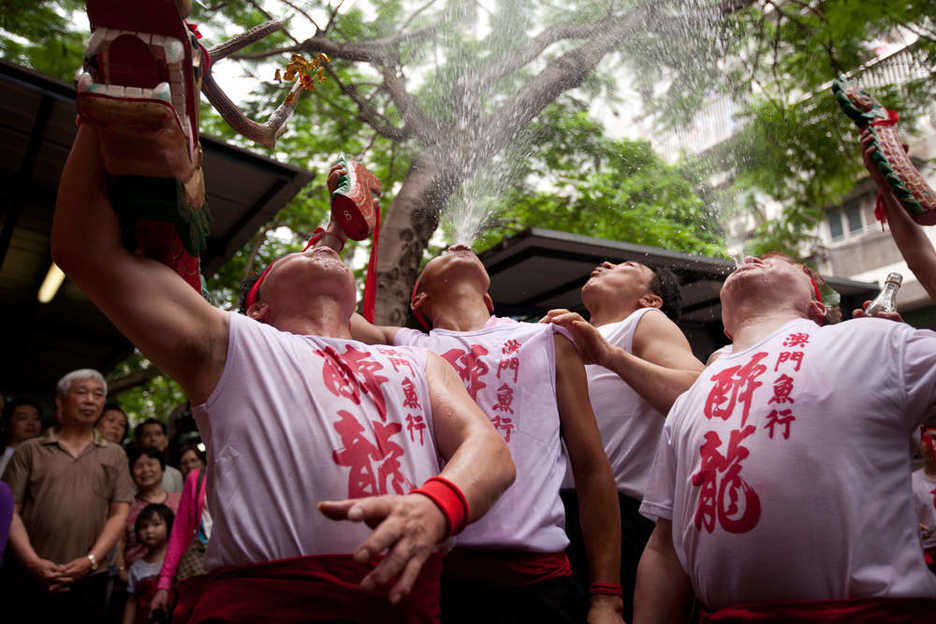 There’s a description of the Feast of the Drunken Dragon on the Macau Tourist Office website. To check the date of next years festivities, try What’s On Macau.