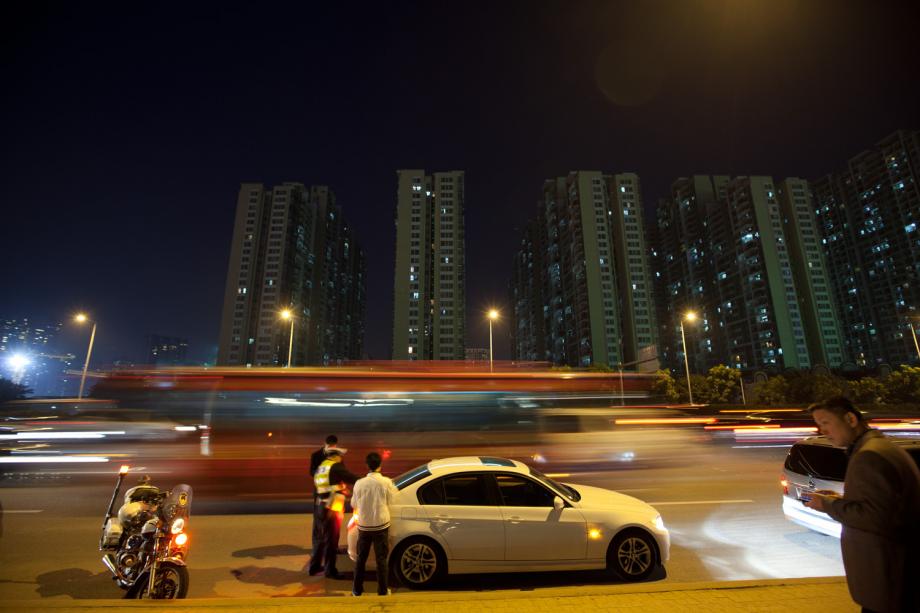 A police officer writes up a fender bender near the Liede Bridge in Tianhe District, Guangzhou, Guangdong Province, China. The antics surrounding vehicular collisions in China can appear a bit bizarre by western standards. Drivers often stop their cars in the middle of busy streets after even the most insignificant of vehicular altercations. Typically, no one attempts to clear the roadway until police and insurance representatives have arrived on the scene to assess responsibility.