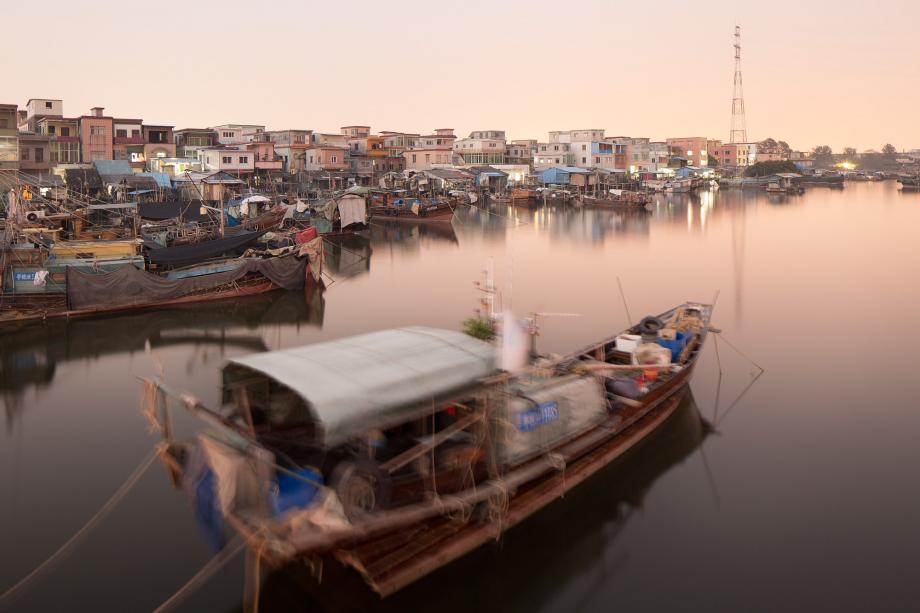 Boats are illuminated at dusk at a fishing village along the Pearl River (珠江) in Haizhu District, Guangzhou, Guangdong Province, China. Although this village is located just east of the Huangpu Ancient Port (古港景点步行街) and is probably considered part of nearby Huangpu village (黄埔古村), all three places are indeed in Haizhu District, not nearby Huangpu District. Quirks of local political annexation aside, I find it fascinating (not to mention refreshing) that such a place can still exist a short distance from the sprawling Canton Fair complex.

A new bridge is under construction on the Pearl River (珠江) in Haizhu District, Guangzhou, Guangdong Province, China. This span is a few pilings away from either cutting through part of the above fishing village or skirting along side; it will be interesting to see how it effects the community.