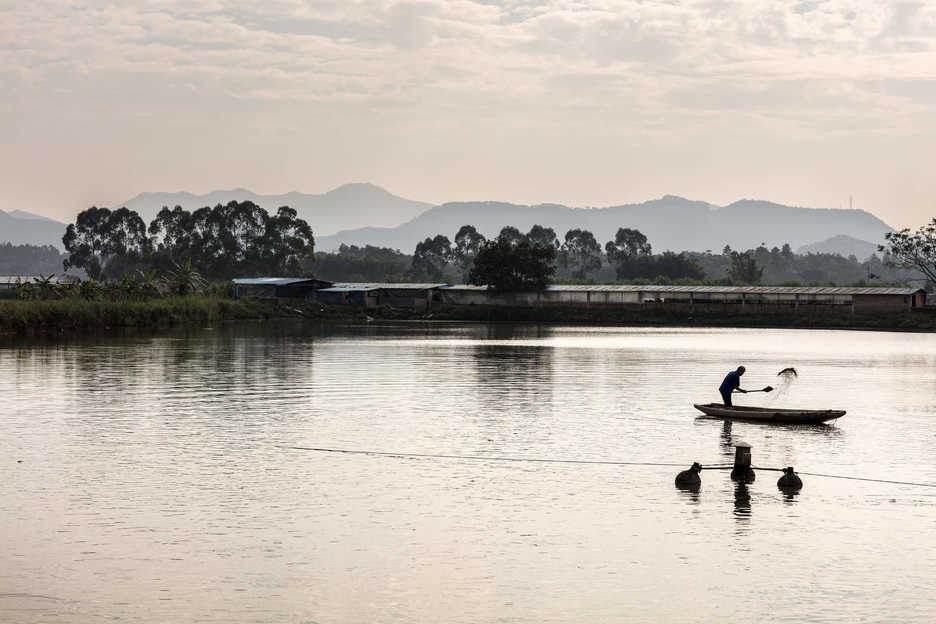 Earlier this winter, Businessweek commissioned me to muck around a few farms near Jiangmen, China to make pictures for their cover story How Antibiotic-Tainted Seafood From China Ends Up on Your Table. The piece is really about transshipping - a business procedure used to circumvent international import restrictions - but as approached from a food safety angle. 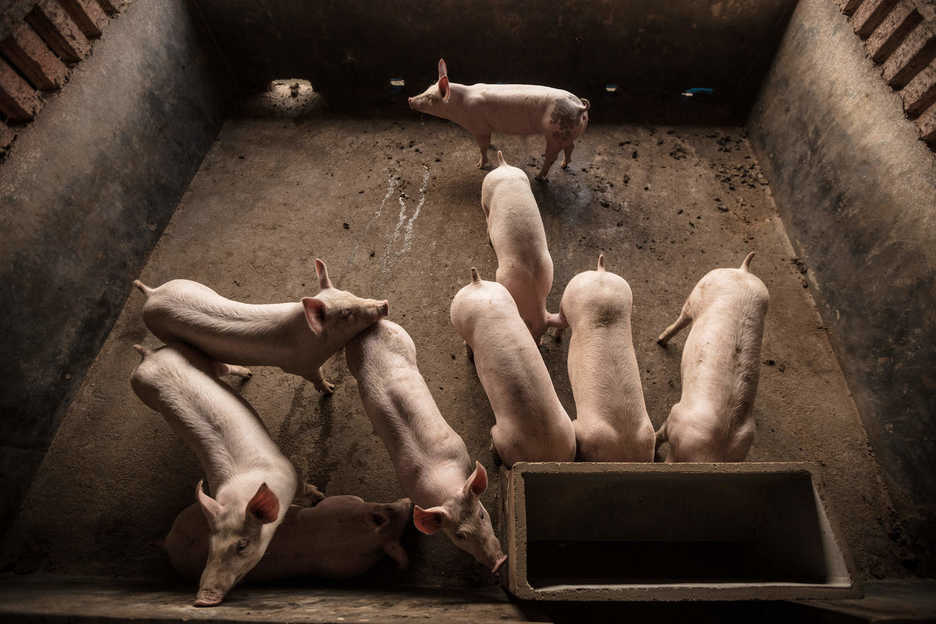 Some agriculture in south China has what the business folks like to call a high degree of vertical supply chain integration. It is common for multiple, outwardly unrelated products to be produced in partially shared space by the same farmer; in this way, the downstream product can use some of the materials from the upstream product that might otherwise be wasted. 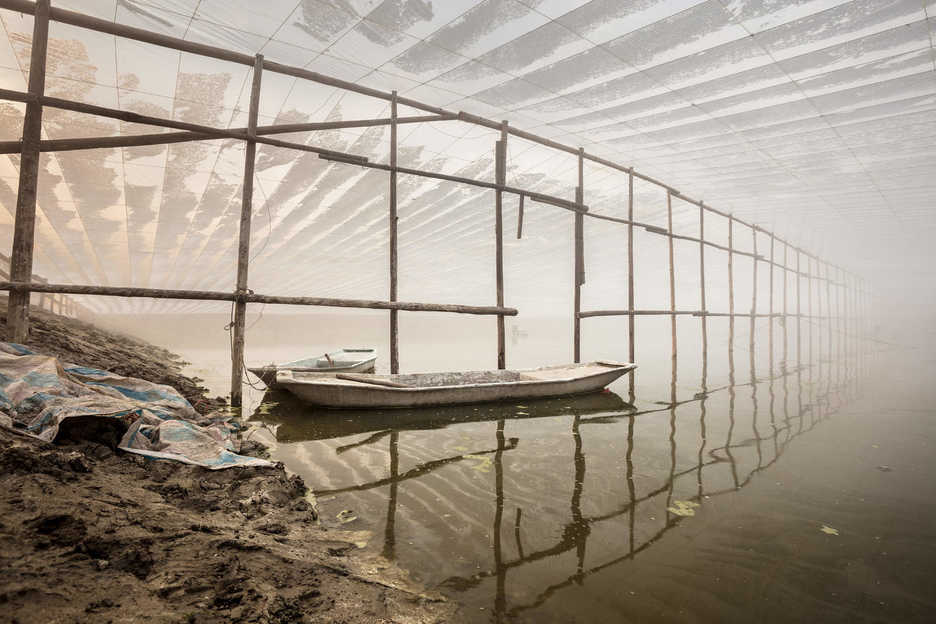 The farms I photographed produce both pork and aquatic products (shrimp and/or fish) side-by-side. This enables the farmers to easily use the waste products from the pigs to help feed the aquatic animals. It’s an arrangement that most of us prefer not to ponder while eating but that does have some concrete benefits in terms of economic efficiency and resource conservation. 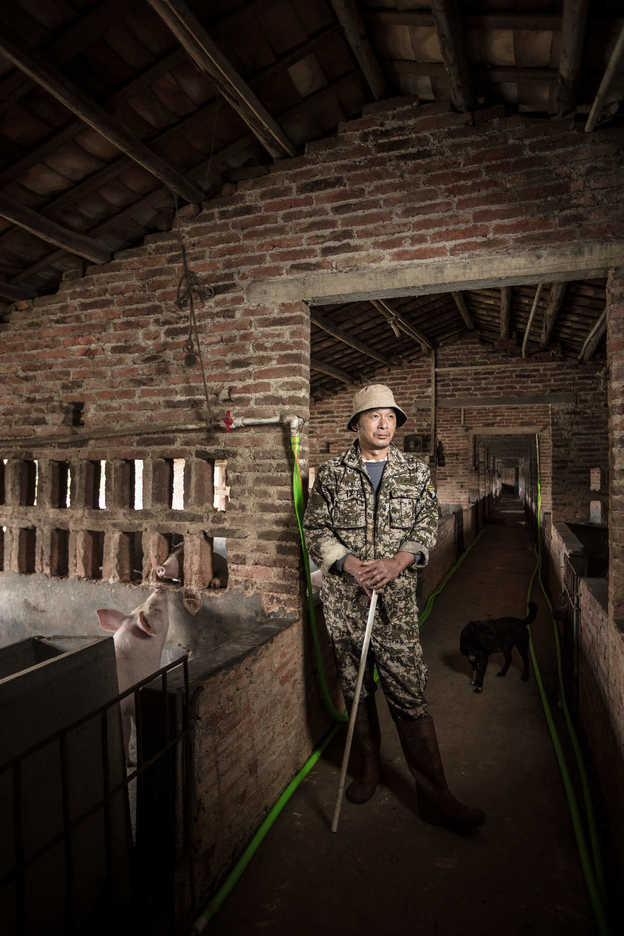 This approach to farming has worked well historically; China has long supported high human population densities and high population densities require intensive farming input. In the past few decades though, high powered antibiotics have become common in pig farming; the medication helps facilitate high-density farming but has two large risks attached: First, some of the medication can be passed, unmetabolized, from the pigs, through the shrimp (or fish), and then on to human consumers. Second, the continued, habitual use of those antibiotics on pigs can breed antibiotic-resistant bacteria that are also passed from pigs through shrimp and on to human consumers. 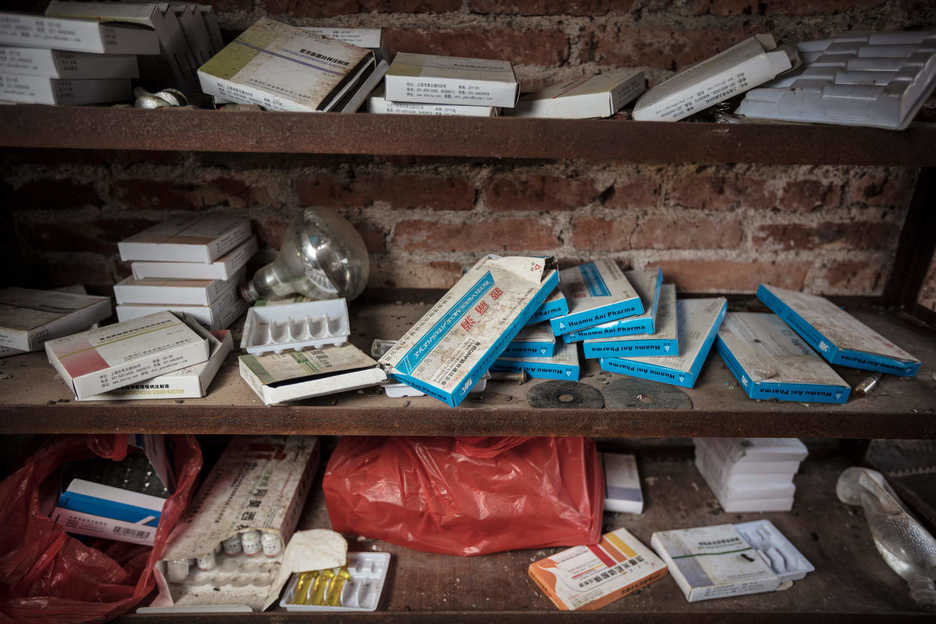 It is hard to say which risk is more concerning. Most of us would probably prefer diets free of both veterinary pharmaceuticals and drug-resistant super bugs.

This part of Guangdong Province is among the most scenic places I have visited in south China. Much of the area is a patchwork of farm ponds interspersed with rolling hills and rustic villages. At lunch, the waitress noted that the fish is very fresh too. 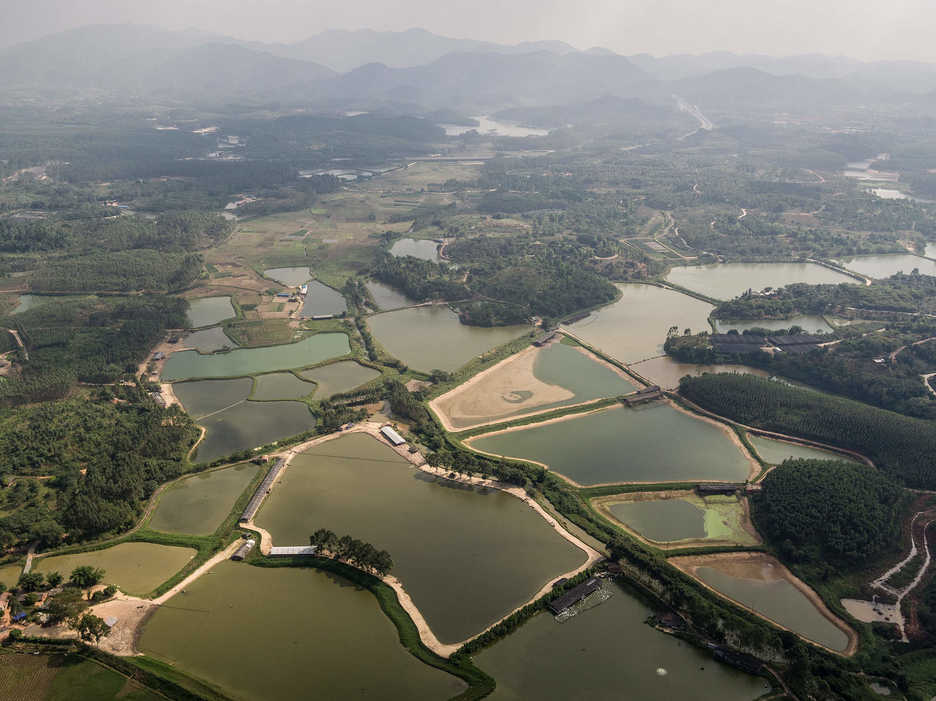