I have long held a preference for buying locally-produced products whenever possible. It’s nice to support the local economy, reduce transportation waste and often - in the case of many things produced in the US - obtain goods of a higher quality than that of may foreign imports.

Living in China has turned most of that reasoning upside down. Here, I often pay a premium for imported goods, whether they be of American, European or Japanese origin, with hopes of ending up with something that might last more than a few months, work as described and, well, reduce waste from continual replacement.

I don’t mean to say that everything made in China is utter crap (although the vast majority of consumer goods sold here are inferior to things made or sold most anywhere else - including exported Chinese goods). There are a few manufactures who make things that are similar in quality to the output of foreign manufactures and brands; the challenge lies in discovering which things are worthwhile and which are simply a waste of funds.

Benro makes tripods that occupy one such grey area. Their sticks essentially rip off Gitzo designs but do so quite well, really, and at a significant cost savings. But is the short-term savings made when choosing a Chinese tripod over Italian worth it in the long haul?

I decided to take the leap three years ago while living in Macau. My ancient Linhof tripod was in the process of falling apart and a Benro C-227 carbon fiber tripod and KB1-A ballhead where the best I could afford at the time. The total for both came to 1,850HKD (about $240 USD) at a shop along Hong Kong’s Apliu Street market in Sham Shui Po. Quite a deal, really, considering that it’s difficult to find a quality ballhead alone for that amount. 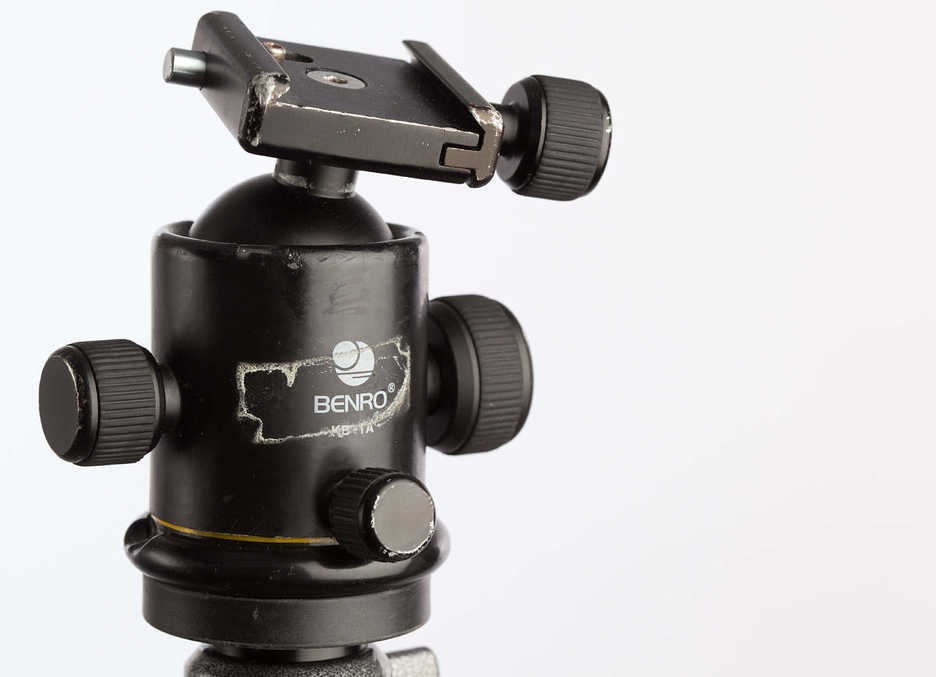 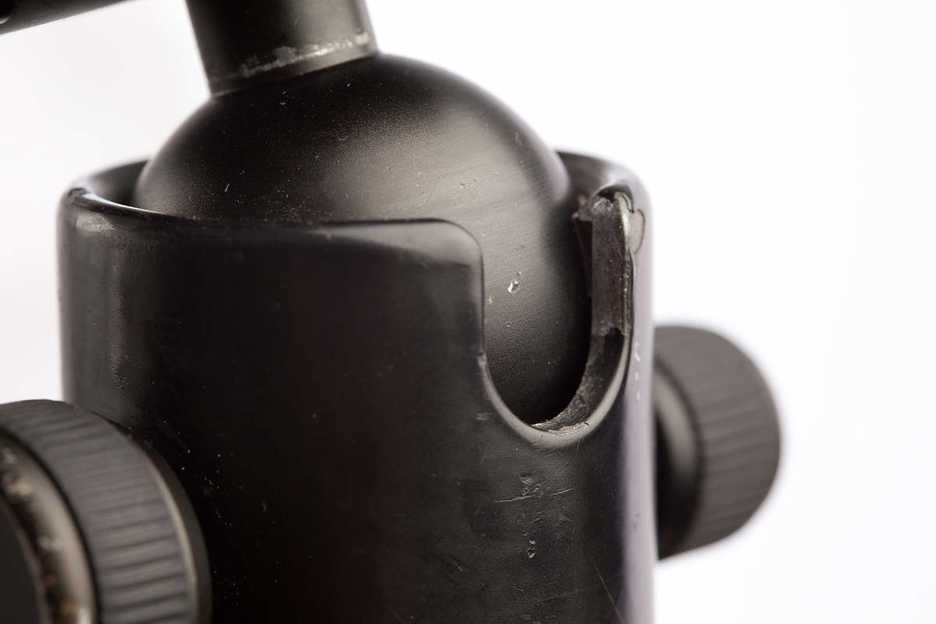 The main locking mechanism flat out sucks. The ballhead comes equipped with two knobs to control the main ball - one to lock its position and the other to control tension. The tension adjustment knob if fairly superfluous; the movement of the ball in the socket has never been fluid enough to allow tension to be applied in a particularly useful manner; it’s either too tight to move or loose enough that the camera is prone to flopping around without support. The main knob, while more utilitarian, is even more frustrating to use. Locking down the head, particularly when the camera is in horizontal orientation, takes significant effort. A lever would really be a much better choice than a knob here.

Locking effort isn’t this ballhead’s main downfall, though. That honor goes to the creep. Perhaps the bane of most, if not all cheap ballheads lies in their ability to maintain a set position before and after being locked down. Getting this head set to a precise position is somewhat akin to capturing the decisive moment using a camera with shutter delay randomly set between one and five seconds. 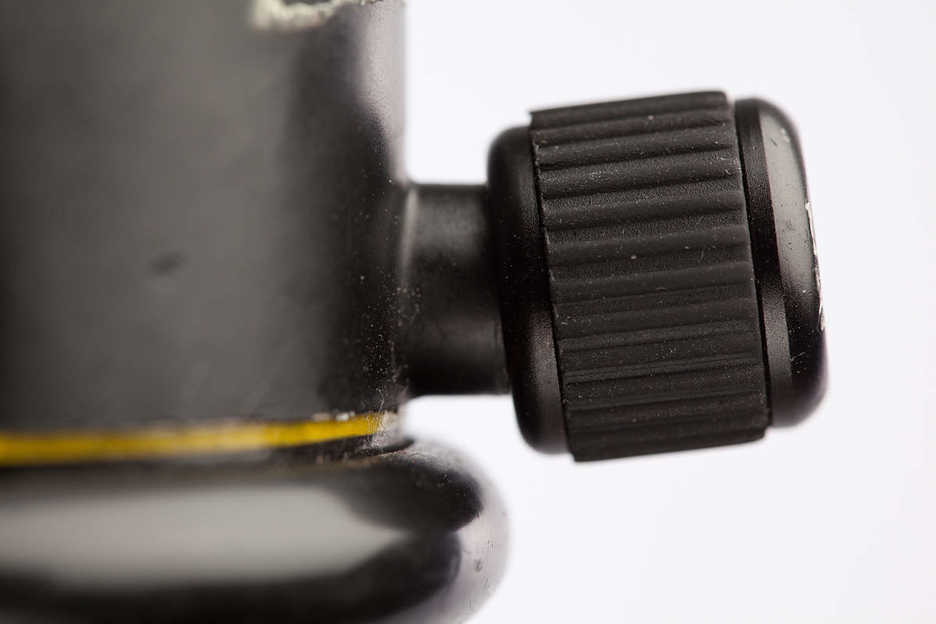 Then there’s the pan knob.

All of the adjustment knobs on the head are captive, as they should be. All, that is, except the pan knob. This is my ballhead’s fourth pan knob, not counting a number of improvised hardware store solutions. Ever try to use a ballhead missing its pan knob? Not fun.

Also notice how the screw for the pan knob is bent? They all get that way eventually. Lovely.

The quick release plate is the one part of the KB1-A ballhead that just works as it should. The camera plate is much thicker than it needs to be and thus somewhat painful to grip, but it does lock down as it should in the Arca-style clamp. 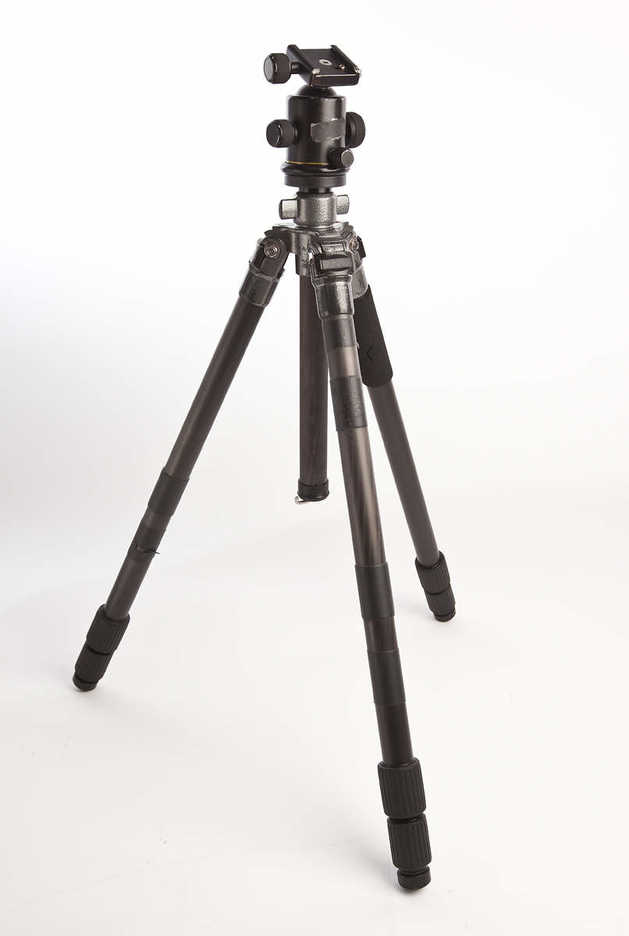 Lucky for me, Benro makes much better tripods than ballheads.

I’ve dragged the C-227 to nearly every assignment I’ve photographed over the past three years and it has held up admirably. I’ve had to check it completely unpadded on a couple international flights and it has also taken more than its fair shares of hard knocks under more usual daily conditions. 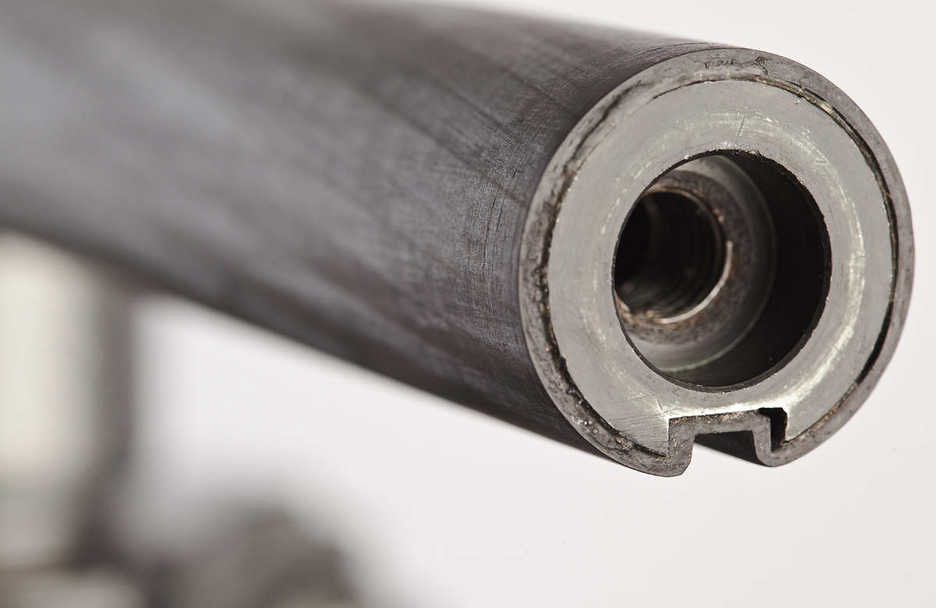 The only part that hasn’t held up very well is the carbon to aluminum joint at one end of the center column. 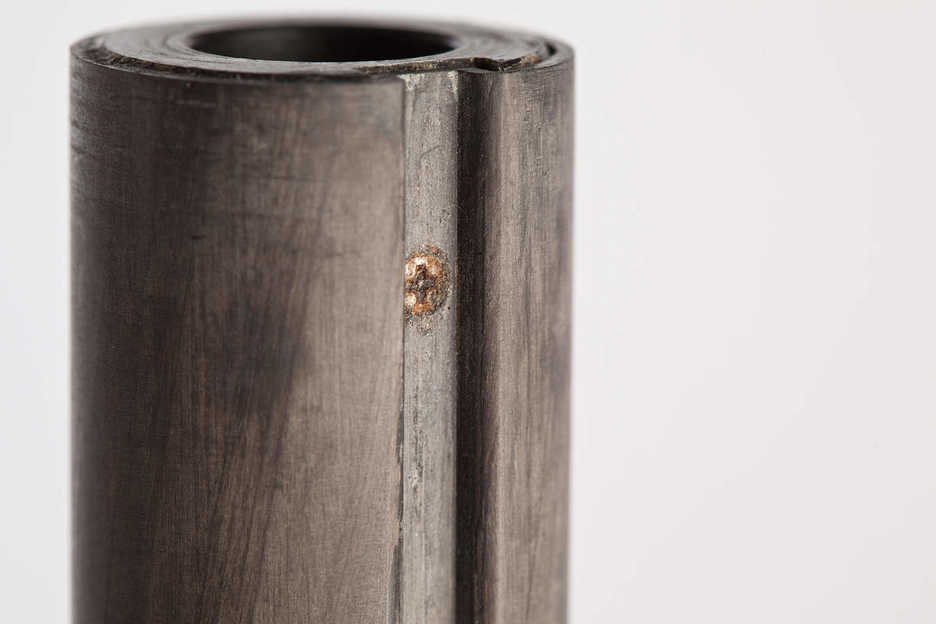 I managed to break the epoxy joint between the threaded aluminum insert and the carbon fiber tube at some point, which in turn caused a fracture in the carbon fiber a few cm long. The photos here are of the undamaged end of the center column; I have repaired the damaged end with a large quantity of epoxy and it seems to be holding up fine, thanks. 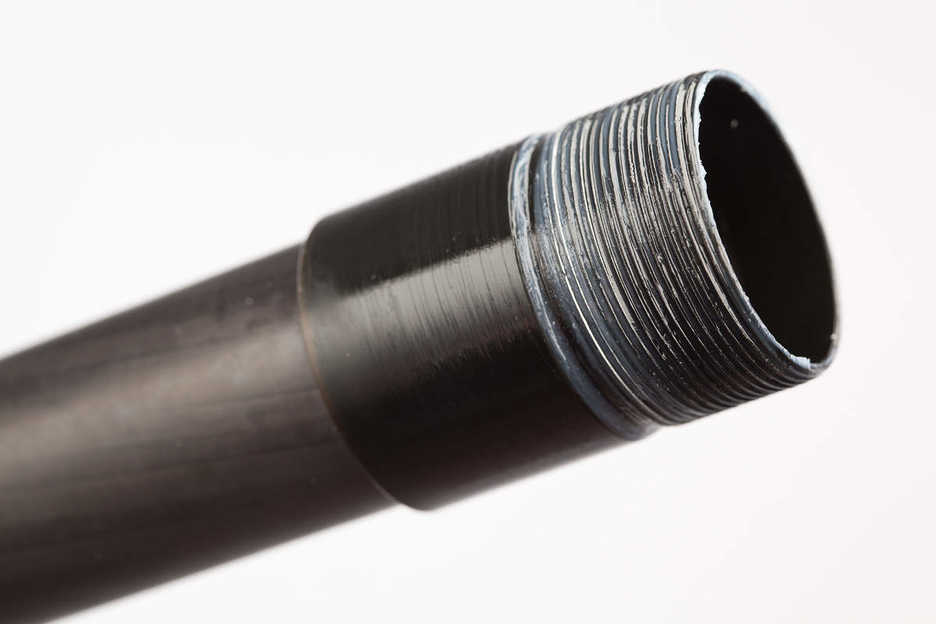 The twist lock connectors for the legs seem to work as well as those on any Gitzo tripod I’ve used. The legs flex more when extended than similar Gitzo legs, generally, but I’m not sure that would make any difference in image quality unless a very large camera or lens were involved. I use a mid-size DSLR with short lenses and haven’t ever noticed tripod movement. 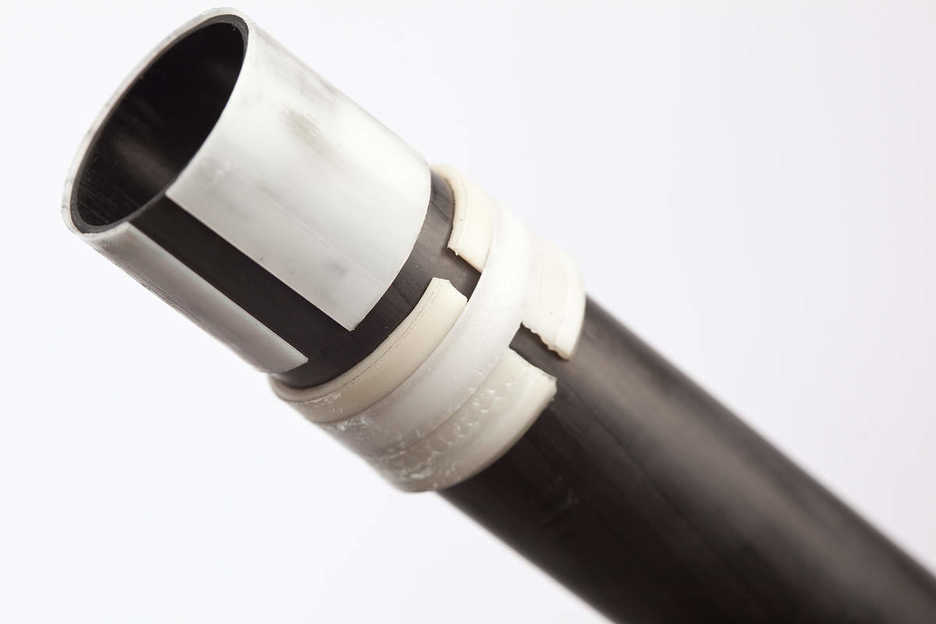 So is Benro a good buy? For ballheads, I think not. Tripods? Maybe.

I doubt I’ll be buying another Chinese tripod though. While well made, the Gitzo tripods I’ve used are of better quality and possibly more durable as well. Gitzo also sells spare parts. A friend has replaced the internal leg-lock bushings on his 10+ year-old Gitzo Mountaineer tripod multiple times, as they are prone to wear. Gitzo sells a kit with spare parts for all their tripods. Benro? I don’t think so.

The C-227 is a solid tripod and I intend to keep using it as long as it stays standing. I haven’t been using the KB1-A ball head lately in favor of a Foba model, but have plans to replace that too with something better. Perhaps a model from Markins.